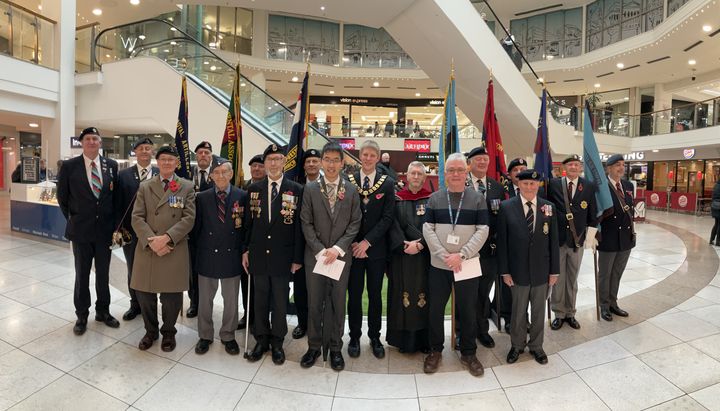 A 15-year-old Preston City Council gardener who served in the Falklands War has set up his latest memorial display at St George's Shopping Centre.

Brian McNeil, 65, began working with the City Council's Parks Group in the mid-1990s, producing the annual Garden of Remembrance Show at St. George's downtown shopping center each year. However, as he retires next summer, the 2022 show could be his last.

The performance is particularly poignant as Brian is a veteran who served 10 years in the military with the Royal Corps of Signals, toured Northern Ireland twice, served in the Falkland Islands in 1982 and served five years in the years of the Territorial Army.

Brian McNeil with probably one of his homemade "Tommies". Image: Preston City Council

Brian said: "Although I have worked for park staff since the 90s, I moved to the greenhouse in 2007 where I took over the Remembrance show which started a few years ago. It's a shame that this will be my last appearance, but I leave the responsibility to my colleague Markus, who I'm sure will do a fantastic job.

"I'm very proud to have been able to put on this show for so long, especially as a veteran. We must always remember all those we have displaced due to conflict.

At 11 a.m. on Saturday 5 November, the Mayor of Preston, Councilor Neil Darby, opened the Garden of Remembrance, the site where he placed the first cross, followed by representatives from the Royal Navy, Army, the Royal Air Force and representatives of the various veterans organizations and most people.

A veteran pays his respects in the Garden of Remembrance at St. George's Mall. Image: Preston City Council

Jason Hindley of St. George's Mall said, “St. George's is really proud to host this exhibition every year. It is important for all of us to remember all those who have been displaced because of the fighting."

The Garden of Remembrance is located in the ground floor rotunda of St George's Shopping Center at 28 Friargate.

Read more: Read the latest news and headlines from Preston

Will you miss Brian's performances? Let us know in the comments below.

Sign up below to receive the weekly Preston Blog post. It sends its funds to inboxes every Sunday to round up our best content from the past week and do a sit-up for what's going on.

Find the news by location, select an area of your choice to be kept informed of the latest events.

Find news by category, choose a class of your choice to keep up to date with the latest happenings.